Each year its hospitals treat over 500,000 outpatients appointments and admit over 100,000 patients. In partnership with University College London, UCLH has major research activities is part of the UCLH/UCL Biomedical Research Centre and the UCL Partners academic health science center. Its hospitals are also major teaching centers and offer training for nurses, doctors and other health care professionals in partnership with City, University of London, Kings College London, London South Bank University and UCL Medical School.

The hospitals which now form part of UCLH or which contributed to its development were all originally established as charities which relied on public donations and subscriptions for their income. The oldest of these was the Middlesex Hospital, which was founded in 1745 and was one of the five voluntary general hospitals which were established in London during the 18th century (the others being Westminster Hospital (1719), Guy’s Hospital (1721), St George’s Hospital (1733), and the Royal London Hospital (1740).

He was a full time academic consultant in Obstetrics and Fetal Medicine until 2010. He developed the Early Pregnancy Unit in 1996 and the twin clinic in 1998. He was awarded a personal chair in Obstetrics and Fetal Medicine at UCL in 2002. In 2006, co-founded “Medical Aid Films” a charity dedicated to help medical training and education in low income countries using a multimedia approach (www.medicalaidfilms.org) and for which he has reduced his clinical activities in 2010.

He is one of the founding editor and pregnancy editor of Reproductive Bio-Medicine on line and Associate Editor of Journal of Medical Screening. He was appointed as a scientific editor of the British Journal of Obstetrics He has been on the editorial board of many journals in Obstetrics and Gynaecology. He is the editor of 10 books including Cancer and Pregnancy, Embryonic medicine & therapy with Bob Edwards and the first textbook on ART pregnancies in collaboration with Botros Risk. He is the author/co-author of over 300 peer-reviewed papers and reviews, 66 chapters in books, and has delivered over 250 prestigious lectures worldwide including the McGanity annual lecture (Baylor College, Houston, Tx). He is the laurate of 3 international prices for his work on the human placenta.

Professor Jauniaux works as part of the multidisciplinary Early Pregnancy unit and Emergency Gynaecology team. His main expertise is in the management of molar pregnancies, recurrent miscarriages and placenta accreta.

He is involved in the SUOG project for his fetal medicine expertise in the placenta. 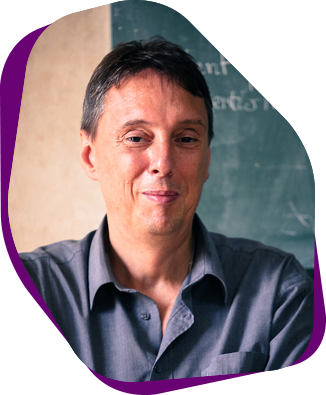 Dr Davor Jurkovic is a Consultant Gynaecologist and Director of Gynaecology Diagnostic and Outpatient Treatment Unit at University College Hospital, London. He is an internationally recognised expert in gynaecological and early pregnancy ultrasound. He has published extensively on these topics and has edited five books. He has helped to develop and run the RCOG training programmes in gynaecological ultrasound, acute gynaecology and early pregnancy. He is also a founding member of the educational charity Focus on Gynaecology. He is involved in the SUOG project for his expertise in early pregnancy.