SUOG develops the next-generation of intelligent assistant for ultrasound support during pregnancy.

Ultrasound screening in obstetrics and gynecology is a complex task, with a major cognitive load and with significant medical impact both in the first trimester (emergency care, consequences on fertility) and later in pregnancy (fetal disorder detection, placental disorder diagnosis).

Most member states recommend 2 or 3 ultrasound examinations for the screening of placental and fetal disorder during pregnancy. Thus, up to over 15M ultrasound examinations are to be performed every year to detect fetal disorders. In Europe, ultrasound operators for pregnancy screening are physicians (OB/GYN and radiologists), midwives and sonographers depending on the country. After a screening scan, when an unusual feature is identified (fetal malformation, growth anomaly or morphological variant) they must request an expert scan to establish a prognosis and to organize adequate care. The need for experts for the second scan is an issue in many regions in Europe. Some screening operators needs support during their scans in order to refer at the right time and to the right expert their patients when the ultrasound screening is not normal. There is evidence that early pregnancy scans could be improved with proper assistance. During the past decade in France, the average number of ultrasound scan per pregnancy increased, whereas the probability of diagnosis of congenital disorder did not, thus suggesting a need for qualitative improvement of the scans. The ultrasound screening in obstetrics and gynecology problem is twofold:

The SUOG assistant: a software that aims at improving the quality of ultrasound examination facing its growing complexity and limited expert resources.

The SUOG assistant provides the ultrasound operator, in real-time and during the scan, with relevant information when he faces unusual features. The SUOG assistant provides iterative intelligent guidance (what is relevant to look for, based on the previous normal and abnormal findings, and diagnosis hypothesis) and display relevant expert-validated ultrasound images to enforce the provided guidance.

The SUOG assistant is the first intelligent assistant of its kind. It is unique by design: it relies on a composite AI (semantic reasoning and image recognition) and its decision processes remain human-readable (no black-box effect, thanks to the use of ontologies). SUOG integrates a knowledge base designed by international OB/GYN and fetal medicine experts.

As a result, at the very first scan, non-expert operators collect high quality image sets, close to what expert operators would do. Consequently, they can request second expert opinion based on these images and, if necessary, refer women to adequate expert centers.

The EIT-Health innovation program will fund the development of the SUOG assistant and GE Healthcare will bring it to the market.

This project is funded for 3 years by the EIT-Health Innovation program, selected as part of the bp2020.

EIT-Health innovation program is a major accelerator and game changer for the SUOG project: EIT partners network is gathering all the actors to ensure a world leader industry-level technology development for the tool with GE Healthcare, a business guidance and IP management with SATT Lutech, and a high-level expertise in Medicine (APHP, UCLH, …), in Academics and in Research (Sorbonne University and INSERM). This setting is essential to our ambitious AI-based solution for medical imaging. Moreover, the significant funding allows to encompass real-life implementation with adequate rise in the Techology Readiness Level of SUOG, including next-generation nested IA methods. Finally, it offers a unique opportunity to design international validation studies.

At the end of the project, in 2022, the fully functional and clinically validated SUOG assistant will be developed.

Doctor Ferdinand Dhombres, MD, PhD
Ferdinand Dhombres is a practicing physician in obstetrics and gynecology at Armand Trousseau University Hospital (Sorbonne University, Paris, France) with a specialization in Fetal Medicine and Fetal Ultrasound. He received an MD from Descartes School of Medicine, Paris, France, in 2011, and a PhD in medical informatics from Pierre and Marie Curie University, Paris, France, in 2013. He did a postdoc at the Lister Hill National Center for Biomedical Communications at the National Library of Medicine. His research comprises knowledge representation in Medicine, symbolic artificial intelligence, and clinical decision support systems. Ferdinand Dhombres is the project leader of the SUOG project. 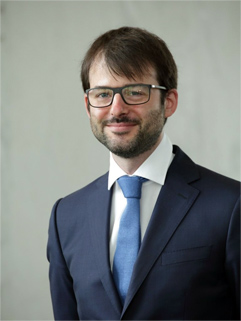 My main skills field are Neurosciences and behavioral sciences which were studied at Caen Normandy University. I was graduated with honor from Montpellier University where I studied health device engineering. I wishes to put my skills at the service of the development of new technologies applied to the field of health, to ensure better care for patients and diseases.

To this end, I integrated SUOG team as project manager and master contact with Ferdinand Dhombres. I am in charge of the project coordination and follow-up between the different partners in order to guide the SUOG project in the best conditions. 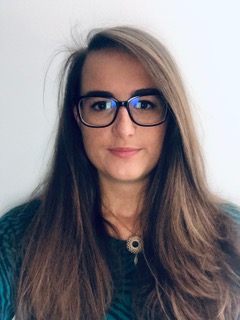